TUNDRA 4
Log in Register
What's new
You are using an out of date browser. It may not display this or other websites correctly.
You should upgrade or use an alternative browser. 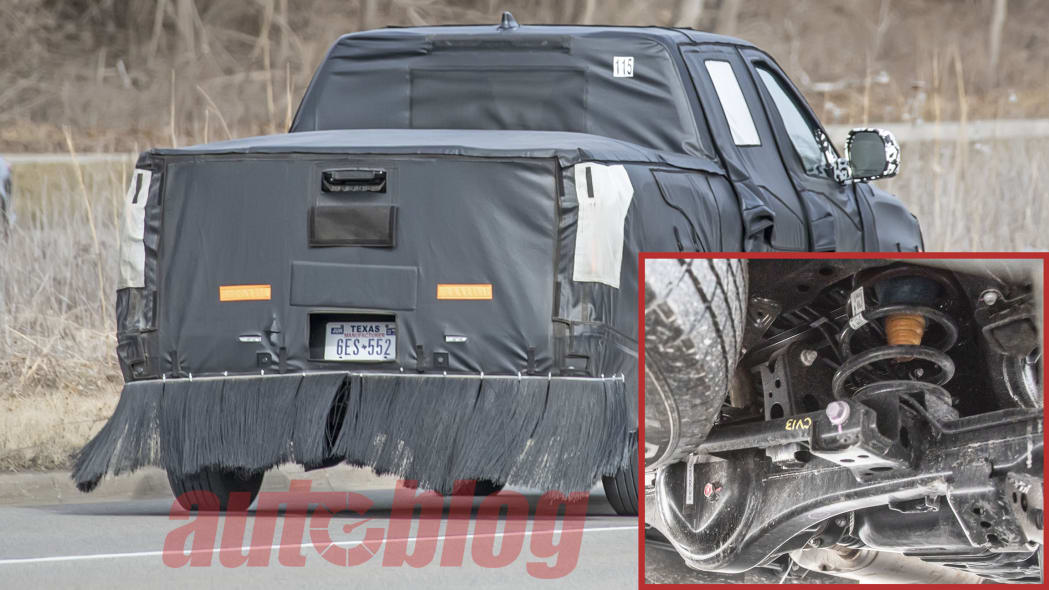 Autoblog's latest spy photo of the next generation 2022 Toyota Tundra has been caught sporting coil springs. While Toyota has done a decent job of keeping that rear end hidden from prying eyes, even in public, we now know that Toyota's half-ton will join the Ram 1500 among the ranks of workhorse pickups with coil-sprung rear axles. The rear-end setup appears to be otherwise fairly conventional, which doesn't necessarily rule out any other suspension shenanigans (such as an also-rumored air suspension option), but this is just one prototype, so we can't draw more universal conclusions.